Exciting Things Happening With Me…

Well, I have been busy this past week!  I got a chance to finish a project that I took a class on a couple of years ago….one of my many unfinished projects.  It is a memory file.  It is an interesting concept.  Putting a bunch of photos form an event in a file-type folder in an eye-pleasing way.  I don’t have any photos in mine yet.  Not sure what photos to put in it yet.  I think it would be nice to give as a gift for a relative or friend.  It wouldn’t be good for a whole lot of pictures….would be a bit too bulky.  But it turned out very pretty! I’ve signed up for an online class about how to design an online workshop.  It sounded exciting!  I’m always up for learning new things!  It will be starting October 22nd.  If you think you might be interested in it….take a look: I also found some time to attend our local/national Christmas craft fair.  A lot of booths were the same as the year before, but there were a few new ones.  It was very interesting to see what booths were filled with people.  It just didn’t make any sense.  There was a doll booth, a couple of booths with signs for the house and kids rooms, and a clothing booth with shirts that were $150 each!  What?

I purchased some Christmas presents, along with a few items for myself.  I’d like to share with you some booths that I think are link/blog worthy. I bought myself some loose leaf tea.  I love tea!  I’m such a tea granny!  But I only seem to go for the English black teas.  Those are so good.  I don’t really care for anything fruity.  These smelled to awesome, I had to buy them!  I got them from the Tea Bag (love the name)! There was a wonderful booth called Circa 1890.  They had necklaces, broaches, earrings, hair clips, etc.  A great place to shop for gifts (wink, wink)!  Very reasonably priced. I got myself another prezzie!  I just loved these!  They are called Earl Curls.  It looks like you have a bunch of piercings, but it actually just fits in my one piercing!  Pretty cool!  If you want a pair, check them out!  Great idea for a Christmas gift! One more prezzie for myself….some Clicks!  I have seen these at the same craft show for years now, but I always seemed to talk myself out of getting a set.  But this time….I finally gave in.  I got myself a necklace with 5 Clicks.  The Clicks are the interchangeable pendants for the necklace.  You can buy more on their website La Chik if you want, too!  I love my new necklace!  They also make interchangeable belt buckles, too!  You really should check them out.
After the craft fair I went to a local scrapbooking retreat.  I love getting together with my scrappy friends.  But tonight was a bit different…I was attending True Scrap online.  This was my first True Scrap (actually watching it live).  The PJ Party was Friday, the classes were Saturday.  If you ever get a chance to attend…DO SO!  It was so much fun!  I even won a prize in one of the classes!  I did miss a few classes in the morning (because I’m a late sleeper), but I can watch them later.  The classes are recorded.  I learned some awesome new techniques! At the scrap retreat I did actually start working on a project.  I have Create Craft Share Youtube hop at the end of the month, so I decided to start working on the project for that.  I can’t really share it with you yet, but I can give you a sneaky peek!  Here it is: Hmmmm….looks kinda scary doesn’t it?  That’s all I’m gonna share for now.  You will have to check out the hop at the end of the month to find out what it looks like completed.  Nothing like leaving you in the dark, huh?  LOL!  (actually insert evil laugh here…)

Lori
lorisartsyobsession.blogspot.com/
Submitted on 2014/11/14 at 3:49 am
Love the concept of a memory file. You picked really pretty papers for yours. BL

That class sounds totally interesting!  Will definitely look into doing it the next time around.  And craft fairs are so much fun, love being in them and attending   What a bunch of cool stuff you found too!
TFS,
Jenny (BL)janet9347
Submitted on 2014/10/22 at 7:50 am
Like that picture file idea looks pretty neat.that crow nwcklace is awsome as well I love craft fairs, don’t usually spend a lot but love to look!!
Big Blog Hugs, Janet (BL)

LisaSchillMoen
Submitted on 2014/10/21 at 3:23 am
You found some fun stuff! Just dropping by to leave some Bloggie Love. 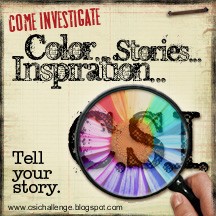